Greater London is served by 7 airports: 6 main (in order of importance) and one secondary: 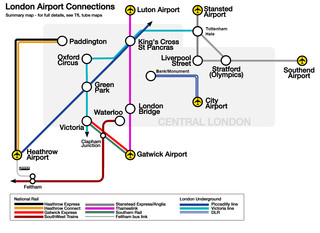 To find out how to get to central London, you will first need to choose your arrival airport:

Depending on your airport of arrival, several means of airport transfers are available to drop you off in the centre of London, close to the National Rail Service central stations and all stations are connected to the Bus network and underground stations. 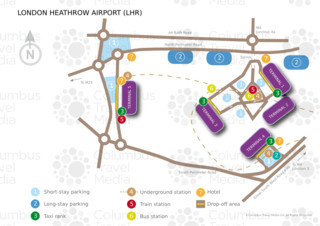 Several means of transport are available to reach central London from Heathrow Airport: 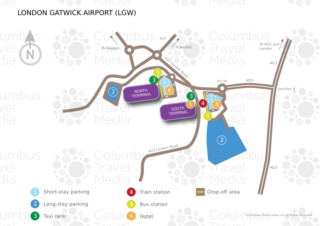 The airport of London Gatwick also known as Gatwick is the 2nd most important british airport located 27 miles (45 km) south of London. It is the 24th largest airport in the world for passenger traffic with 34 million travelers in 2009. It has 2 terminals which are north terminal north and south terminal.

There are several means of transport available to reach central London from Gatwick Airport. 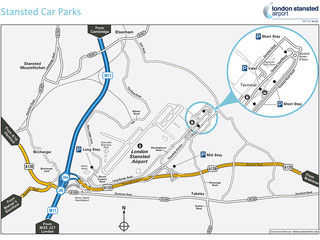 To reach London from Stansted Airport, you can use one of these means of transport:

The Stansted Express train runs to central London to Liverpool Street Station and Tottenham Hale Station with a departure every 15-30 minutes and a journey time of approximately 50 minutes. One adult ticket is approximately £23.40 one way, .

National Express Buses leave Stansted Airport to Victoria Station in central London in up to 1.5 hours. Allow approximately £12 one way for an adult ticket with a departure every 30 minutes.

A private transfer (maximum 8 people) can be an economical choice. 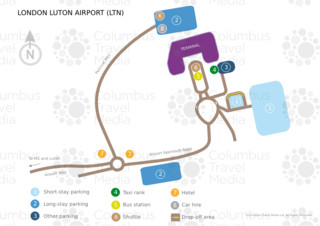 From Luton Airport you can reach the centre of London by various means of transport:

By Thameslink train: Luton Airport is connected to Luton railway station. On arrival at the airport, you will need to take a shuttle bus (free of charge) outside the terminal at stop number 1 which will drop you off at Luton Airport Parkway station. Thameslink will take you in central London to King Cross Saint Pancras Station in one hour for £26.

National Express Buses run from Luton Airport to Victoria Station in central London in one hour and twenty minutes for £26.
£8 (one way for an adult ticket).

Private transfer is possible especially if you travel in a group (maximum 8 people). 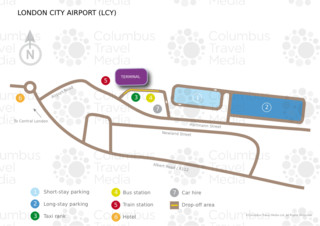 The airport of London City also known as LCY is the 15th largest british airport for passenger traffic with 3.3 million travelers in 2013. It has a unique terminal.

Here are the means of transport available to connect London from London City Airport :

The DLR (the Docklands Light Railway) from London City Airport station to the :

You can also book a vehicle with a capacity of three, five or eight people. The more people you have, the more financially attractive it will be. 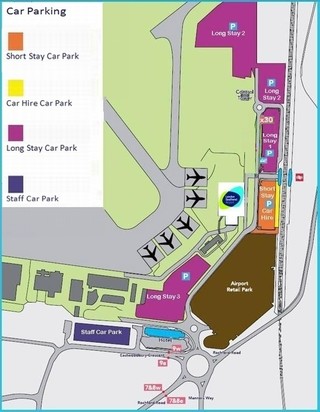