London's famous red buses are a great way to discover central London. London's bus network consists of more than 15,000 stops. Our London Bus Maps will help you find your way around by identifying bus stops, routes and destinations in advance.

The price of a one-way bus ticket is about £1.50. To buy a ticket you will need a credit card or one of the city transport cards (Oyster or Travelcard ), as cash is not accepted. Main lines are usually open between 5am and midnight.

The London bus network which transports 6 million passengers per day, exists since 1829 and is operated by TFL (Transport for London). Its network includes 673 lines including 52 night lines and a fleet of 8,000 buses serving the Greater London.

London's bus network consists of more than 700 bus lines allowing you to travel easily throughout the city to the outskirts.

To help you get around, the London Bus map will be very useful to know the route you need to take. The map on this page shows the main bus lines running in central London, the nearest attractions, the historical sights to see near the bus stops and the connections with the Underground. You can download this London bus map to plan your journey and take it with you to London.

If you are unsure, buses in central London have interactive screens or illuminated signs that display and announce the next bus stop. 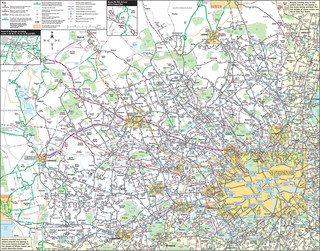 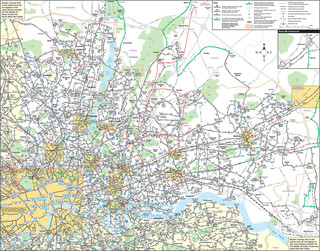 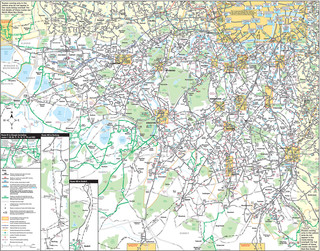 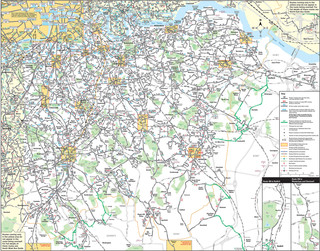 The London night bus network is operated by various private companies such as Go-Ahead London, Arriva London, Abellio London, Metroline, London United, etc... Its network includes 52 lines which are active between midnight and 6:00 AM.

To get around London at night, London is equipped with night buses. You can also rely on the main daytime bus lines that run 24 hours a day.

Indeed, in addition to the 24-hour night lines, there are many day lines that provide night service. They are marked with the letter "N". For example, bus number 10 becomes N10. Unlike night lines, the "N" lines may be subject to some route changes compared to daytime routes.

The frequency of night buses in London varies according to the day of the week. Bus waiting times vary between 10 and 15 minutes.