We could visit London for weeks and we wouldn't have seen everything! London offers some must-see visits and activities to do in one's life. Most of the monuments are located between Westminster, Soho and the City of London. 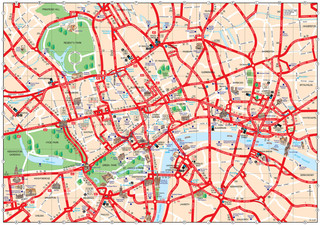 In London you can visit:

The most impressive and most visited monuments in London are :

Discover the location of London's monuments thanks to the London monuments map.

The Original Tour Hop on Hop off Bus Map 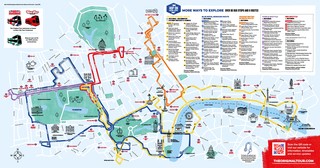 London hop on hop off

The Original Tour of London is an original way of visiting London and discover its monuments, museums, attractions while getting on and off at your disposal. This concept of hop on hop off bus or open-top double-decker buses offers a network of 2 tourist tours and routes and 80 stops with commentary in 9 languages.

The Original Tour of London buses allow you to discover London's most famous monuments effortlessly and with commentary.

The Original Tour's 6 itineraries are :

Hop on hop off bus london

The Big Bus of London is a second hop on hop off bus company with open roofs to discover the city of Rome via a tour. The Big Bus offers 4 lines, 3 tourist bus lines and 1 river cruise line. Tours are commented in 13 languages.

There are three types of Big Bus Tour tickets in London, each of which includes a free cruise with City Cruise :

A free walking tour is also included in all Big Bus Tour of London tickets. This walking tour departs every morning at 11am from Trafalgar Square and ends at Horse Guards.

The City Cruises of London is a regular river hop on hop off shuttle service transporting passengers on the Thames to visit London.

A boat trip on the Thames is an original way to discover the city of London and some of its most beautiful monuments (Big Ben, the Houses of Parliaments, the London Eye, the Tate Modem, Shakespeare's Globe, Millennium Bridge, St Paul's Cathedral, the City Towers, Tower of London, The Shard, Tower Bridge and Canary Wharf Towers).